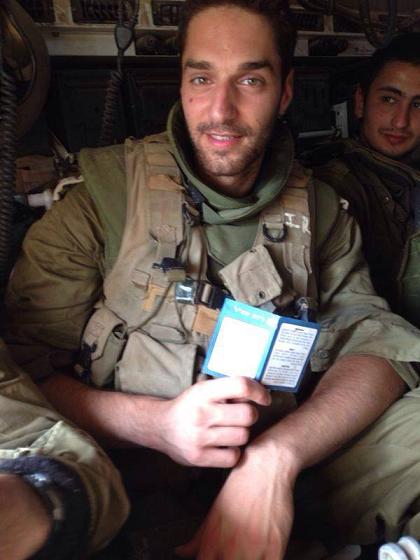 Copied from Facebook…
One of our StandWithUs Fellowship Alum, serving these days in the Golani infantry corps. He sent us a picture of himself inside a tank holding the IDF Code of Ethics. The Code of Ethics states that The IDF servicemen and women will act in a judicious and safe manner in all they do, out of recognition of the supreme value of human life. During combat they will endanger themselves and their comrades only to the extent required to carry out their mission.
Support our soldiers! LIKE And Share! 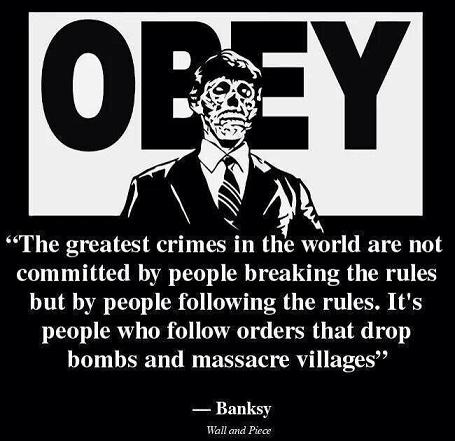 My Son is currently applying to join the NZ Army as a part time soldier.
It is very worrying to think of the possible dangers he could be signing up to, though as a Libertarian, I very much support the idea of having a well trained and armed defence force.
If he is successful in his application, I also sincerely hope that he not only becomes disciplined in the arts of Combat, but also Disciplines his heart and soul to place *the higher laws* of Ethical conduct above any evil commands which unscrupulous superiors might issue.
The greater fear I have about my son joining the Army than him simply loosing his life for some pointless cause, is rather that he may be deployed for some unjust political ends… and become a tool of tyranny and oppression.
Only he himself can decide what orders are Righteous, and which are wicked.
And when you are dealing with such villains as Hamas who use Children as human shields…. It will fuck with your mind.
You may make it home…. but have lost your soul.
It is in such hours that faith in the Goodness, and mercy of God could be the only thing that can keep a Vet from insanity or suicide.
That God is Forgiving…. and that ultimately *He* will balance the scales… and one day… there will be no more war. 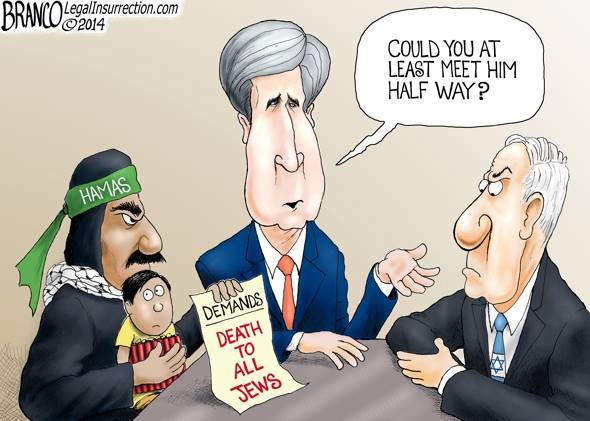 I pray for Both Israel, and the people of Gaza.

WAR SUX!
Yet Evil prevails when good men do nothing.

I morn my own thoughts that Hamas is Evil, and that there can be no peace until they, and the other Fanatical Islamic terrorist groups are destroyed.
I morn that a lot of innocent people, and honourable soldiers will continue to die… until the Day of the Lord. 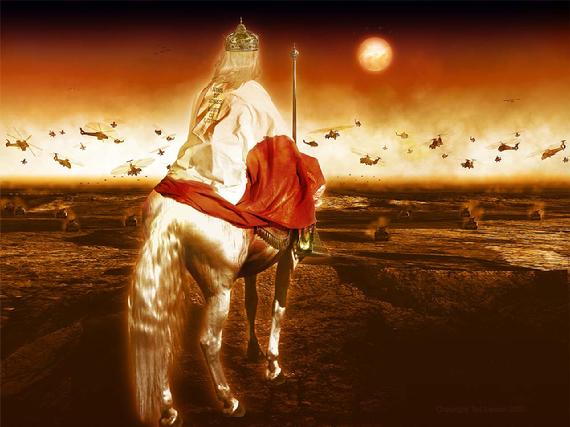 IDF Code of Ethics Below from >>>Here<<< It has some very important points regarding respect of Human life, not to cause physical harm to Non-combatants and property, and most importantly mentions that soldiers *ought not* obey 'Illegal' orders. These ethics have been put to the test with regards to Hamas using civilians as esp children as human shields, and reportedly forcibly stopped Palestinians from evacuating areas which the IDF has warned civilians that military actions will be carried out. The internet is filled with dis-information... a propaganda war, and so sitting so far away from events, it is very difficult to know the truth, yet it is certain that it is Hamas which is the aggressor and has Insane and evil ambitions to annihilate The Israeli people. This is a Satanic obsession straight out of the Bible. Tim Wikiriwhi. 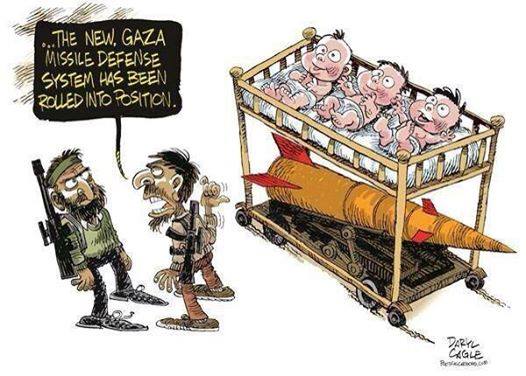 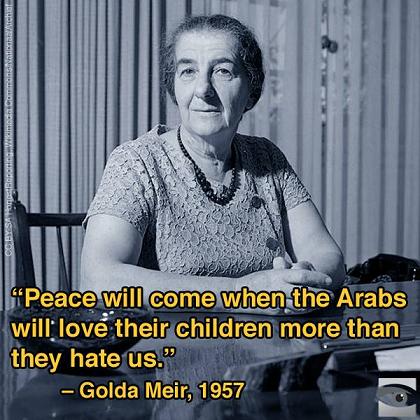 To defend the existence, territorial integrity and sovereignty of the state of Israel. To protect the inhabitants of Israel and to combat all forms of terrorism which threaten the daily life.

The Israel Defense Forces are the state of Israel’s military force. The IDF is subordinate to the directions of the democratic civilian authorities and the laws of the state. The goal of the IDF is to protect the existence of the State of Israel and her independence, and to thwart all enemy efforts to disrupt the normal way of life in Israel. IDF soldiers are obligated to fight, to dedicate all their strength and even sacrifice their lives in order to protect the State of Israel, her citizens and residents. IDF soldiers will operate according to the IDF values and orders, while adhering to the laws of the state and norms of human dignity, and honoring the values of the State of Israel as a Jewish and democratic state.

Spirit of the IDF – Definition and Origins

The Spirit of the IDF draws on four sources:

The tradition of the IDF and its military heritage as the Israel Defense Forces.

The tradition of the State of Israel, its democratic principles, laws and institutions.

The tradition of the Jewish People throughout their history.

Universal moral values based on the value and dignity of human life.

Defense of the State, its Citizens and its Residents – The IDF’s goal is to defend the existence of the State of Israel, its independence and the security of the citizens and residents of the state.

Love of the Homeland and Loyalty to the Country – At the core of service in the IDF stand the love of the homeland and the commitment and devotion to the State of Israel-a democratic state that serves as a national home for the Jewish People-its citizens and residents.

Human Dignity – The IDF and its soldiers are obligated to protect human dignity. Every human being is of value regardless of his or her origin, religion, nationality, gender, status or position.

Tenacity of Purpose in Performing Missions and Drive to Victory – The IDF servicemen and women will fight and conduct themselves with courage in the face of all dangers and obstacles; They will persevere in their missions resolutely and thoughtfully even to the point of endangering their lives.

Responsibility – The IDF serviceman or woman will see themselves as active participants in the defense of the state, its citizens and residents. They will carry out their duties at all times with initiative, involvement and diligence with common sense and within the framework of their authority, while prepared to bear responsibility for their conduct.

Credibility – The IDF servicemen and women shall present things objectively, completely and precisely, in planning, performing and reporting. They will act in such a manner that their peers and commanders can rely upon them in performing their tasks.

Personal Example – The IDF servicemen and women will comport themselves as required of them, and will demand of themselves as they demand of others, out of recognition of their ability and responsibility within the military and without to serve as a deserving role model.

Human Life – The IDF servicemen and women will act in a judicious and safe manner in all they do, out of recognition of the supreme value of human life. During combat they will endanger themselves and their comrades only to the extent required to carry out their mission.

Purity of Arms – The IDF servicemen and women will use their weapons and force only for the purpose of their mission, only to the necessary extent and will maintain their humanity even during combat. IDF soldiers will not use their weapons and force to harm human beings who are not combatants or prisoners of war, and will do all in their power to avoid causing harm to their lives, bodies, dignity and property.

Professionalism – The IDF servicemen and women will acquire the professional knowledge and skills required to perform their tasks, and will implement them while striving continuously to perfect their personal and collective achievements.

Discipline – The IDF servicemen and women will strive to the best of their ability to fully and successfully complete all that is required of them according to orders and their spirit. IDF soldiers will be meticulous in giving only lawful orders, and shall refrain from obeying blatantly illegal orders.

Comradeship – The IDF servicemen and women will act out of fraternity and devotion to their comrades, and will always go to their assistance when they need their help or depend on them, despite any danger or difficulty, even to the point of risking their lives.

Sense of Mission – The IDF soldiers view their service in the IDF as a mission; They will be ready to give their all in order to defend the state, its citizens and residents. This is due to the fact that they are representatives of the IDF who act on the basis and in the framework of the authority given to them in accordance with IDF orders.

Insidious Evil . When ethics are used as a weapon against you.

RIP Matt Judd. Tributes to a Veteran of the War to Liberate Iraq.

5 thoughts on “IDF Code of Ethics. Fighting a just fight.”