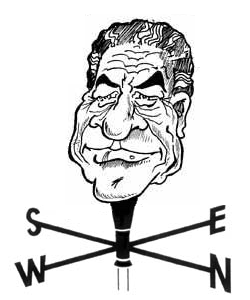 As you do not know the path of the wind,
or how the body is formed in a mother’s womb,
so you cannot understand the work of God,
the Maker of all things.

The Maker of all things? What about Winston Peters, the Kingmaker of the next New Zealand government, according to the latest One News-Colmar Brunton poll?!

And do we not know the path of the wind? Winston Peters knows the path of the political wind. He’s the ultimate weathervane politician! Where are the votes? Just look to see what the Winston First Party’s latest populist policy is!

So, what’s the mood of the public on the Psychoactive Substances Act? What’s the feeling out there in the heartland about “legal highs”? It’s very far from positive.

Legal highs are out of control and set to kill more New Zealanders unless stronger measures are taken say New Zealand First.

“New Zealanders are among the world’s biggest users of legal highs. This problem is really getting out of hand so we will certainly take action to fix it by banning the whole lot,” Le’aufaamulia Asenati Lole-Taylor, welfare and social policy spokesperson tells Pacific Guardians.

“Our caucus has decided that if New Zealanders vote us back to parliament, we will fight to have the bill repealed and ban all legal highs. And boost resources for the Police to carry out enforcements.”

She says the current law is not “working” and the situation made worse “because the Police minister keeps taking resources out of the Police so there is not enough funds or manpower to effectively respond to the epidemic of cases around the country.”

Is there really an epidemic of cases around the country, or is this just prohibitionist hype? I’d like to believe it’s the latter but, actually, there is an epidemic of serious adverse reactions to legal synthetic cannabinoids around the country. I recently Facebook friended an old acquaintance from Dunedin whom I hadn’t spoken to in 20 years. Here’s what he told me.

The legal highs are destroying so many people down here, I think it’s the best chance for [the Aotearoa Legalise Cannabis Party].

The legal high people I know are too incapacitated to commit crime. Dunedin now has many beggars on the main street for the first time in my experience. They beg until they get their $20 & rush to the shop then home to slip into their comas/seizures.

Legal highs industry shills, a large sector of the drug law reform movement in this country, and even my own co-blogger (God bless him) are in serious denial about the extent of the problem caused by legalising these particular substances.

The situation we now face was, sadly, entirely predictable. Some more from NZ First’s indicates why …

But the government says banning the drugs is not as effective as its new approach which has led to fewer drugs, fewer retailers, and less harm to health.

In July last year New Zealand became the first country in the world to establish a regulated licensed market for new psychoactive drugs also known as legal highs. The government concluded that the “banning of all psychoactive products” model favoured by Australian governments, such as New South Wales, was not keeping pace with the emergence of new drugs.

Associate Minister of Health, Peter Dunne told ABC radio earlier this week “about 95 per cent of the products that were on the shelves prior to the legislation have been removed. We’ve gone from having over 4,000 unregulated retail outlets to now 156 retail outlets, and anecdotally, we’re getting reports from hospital emergency rooms and others about a decrease in the number of people presenting with significant issues.”

Consider this. Products which were allowed to stay on the shelves after the enactment of the Psychoactive Substances Act were restricted to products which had been on sale for three or more months prior to its enactment about which there had been no serious complaints. Only 5% of them (1 in 20) stayed. Well and good. But if the size of the consumer market for synthetic cannabinoid products remained roughly the same size after the passing of the PSA as it was before the passing of the PSA … then the number of people consuming those products allowed to stay on the shelves has increased by a factor of 20.

Please don’t get me wrong. Although I remain a die-hard libertarian, I’m actually in favour of the so-called regulatory model. That is, the regulatory model as applied to specific drugs, e.g., tobacco, alcohol and cannabis. I’m in favour of the regulatory model because, realistically, it’s the most libertarian legislative framework possible. Right now, the sale of alcohol in New Zealand is heavily regulated. But I can pop across the road to my local supermarket any time during regular shop hours and pick up a reasonably priced six-pack of beer or bottle of wine. I’m not hugely inconvenienced. I can live with advertising restrictions and point of sale limitations. (I haven’t even been asked for ID since I turned 40!)

What I wouldn’t do is simultaneously approve fifteen different novel, untested synthetic cannabinoids, about which we know nothing, and which the vast majority of seasoned drug users rate as inferior to natural cannabis. What I wouldn’t do is rig the legislation’s interim implementation in such a way that use of these unknown research chemicals increases by a factor of 20 immediately after the legislation is passed. Unfortunately for the cause of drug law reform, this is what actually happened in New Zealand in July 2013. 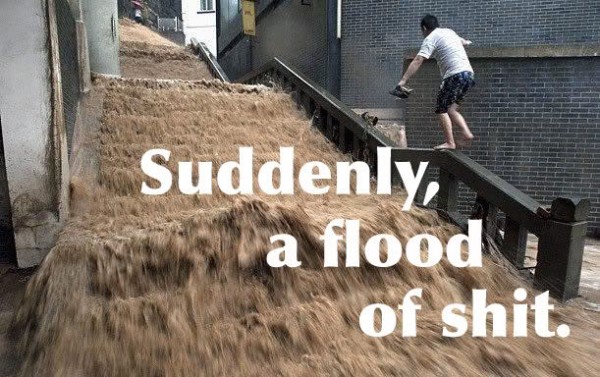 The adverse reactions continue to be reported (and massively under-reported) to the National Poisons Centre. The government and the Ministry of Health don’t know what’s happening and they sure as fuck don’t know what they’re doing. The sad truth is that the propaganda being put out at an ever increasing rate by the hysterical prohibitionist mob is based on hard fact. It’s no wonder that there’s an ever-increasing flood of the proverbial in the MSM. To the industry shills and my misguided friends in the drug law reform movement who are trying to counter the ban brigade’s propaganda by shovelling it uphill, I say: good luck with that.

It’s getting worse, and it gets worse. There is real anger out there among the “lynch mob” recovering addicts and their “witch burning” mothers. Sadly, that anger is justified. Even more sadly, some of their understandable actions are not. A week ago, someone posted the following message on the page of a Facebook group dedicated to banning the synthetics, K2 and Other “LEGAL HIGHS” in New Zealand we all need to know the dangers.

i will burn down every sythetic legal high shop in invercargill for 2grand. message me if you are willing to hire me for this job . churr 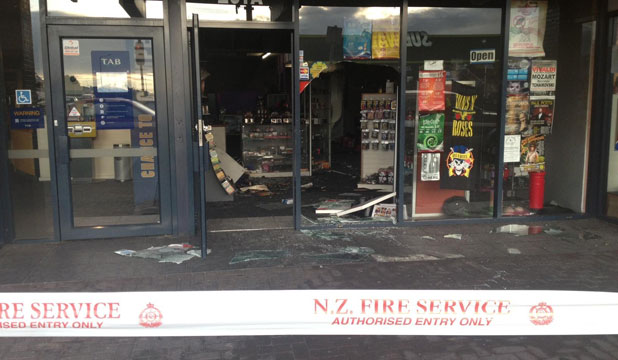 What if I wanted the regulatory model to fail? I’d enact the Psychoactive Substances Act 2013 and put the Ministry of Health in charge of its implementation. And, if I were the legal highs industry, I’d meekly follow Dunne’s advice, like a lamb to the slaughter, and reiterate it to the hapless end users: “If you must use drugs, use these ones.”

(Also, I’d probably stage a counter-protest at today’s nationwide protests, carrying a banner that treats the protesters as fools, or worse, and tells them what they already know: “Prohibition still doesn’t work”. The protesters are well aware, by now, that the problem with synthetic cannabis in this country is a direct result of cannabis prohibition. I’m heading off shortly to stage a co-protest at my local protest. My placard reads, simply: “Legalise Cannabis”.)

Other countries are watching us. They’re seeing how it’s working in New Zealand. It’s not working.

One thought on “‘Tis an ill wind that blows no minds”