Lyrics from ‘Superstitious’ by Stevie Wonder.

Many People delude themselves about their grip on reality…esp many materialist Atheists… whom love to condemn *Faith*.
They agree with the lyrics of Stevie wonders Song, and pretend they only ‘believe’ in cold facts… things they ‘understand’… yet this is self delusion.

Stevie Wonder was blind within hours of his Birth.
This makes me Wonder if he understands what light, sight and colours really are?
If not, is he being superstitious in believing other people really do posess an extra sence that he himself does not? 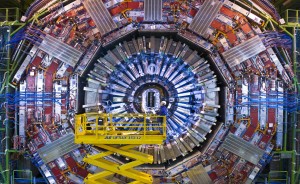 Does Stevie Wonder Believe in Gravity?
How Many people… if any… understand Gravity?
Are we all being ‘Superstitous’ in believing it to be a characteristic of Mass without understanding how this is so?
Perhapse we are!
The Bible says of Christ that… For by him were all things created, that are in heaven, and that are in earth, visible and invisible, whether they be thrones, or dominions, or principalities, or powers: all things were created by him, and for him:
And he is before all things, and by him all things consist. (Col 1:16,17)
It interests me to speculate that the quest by Particle Physicists to find the Graviton… is in fact a search for Christ!
(The Un-created Necessary Being… The final destination of the noble quest for ‘the theory of everything’)
What more I am amused by the reality that even if they discovery such a particle that this does not ‘eliminate’ Christ, for Christ then simply may be understood as what imparts the Gravitons nature. Contray to the delusions of folk like Dawkins, such descoveries dont eliminate any so-called ‘Gap for God’…. Theism is not ‘In Retreat’. 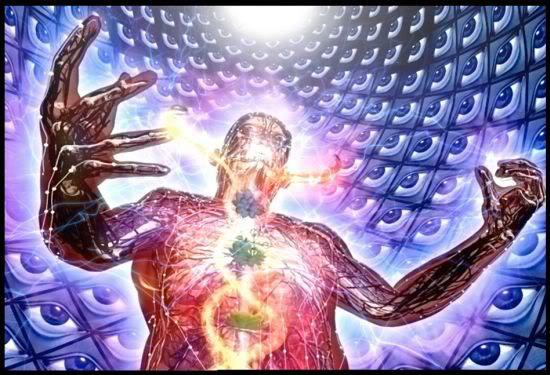 The same may be said about the science of the Mind/ Brain in that insights into it’s Electro-chemical processes do not prove the monist denial of the incorporeal inner being as postulated by dualism. Nor does it disprove freewill.
‘Free will’ participates in the formation of Neural pathways, and in the release of neuro-transmitters like Dopamine.
It is false to think that science is proving we are merely ‘Automations’.
That is an assumption. An interpretation of the facts baced upon pre-concieved materialist bias… nothing more.
The Brain is an ‘Interface’ between our incorporeal spirit and our bodies… by which we ‘feel’ our values as physical emotions.

So I laugh at the hypocritical naivety of Atheist Materialists… their vain belief that they don’t live by faith… that they ‘know’ Materialism is true…. that it has been proven! 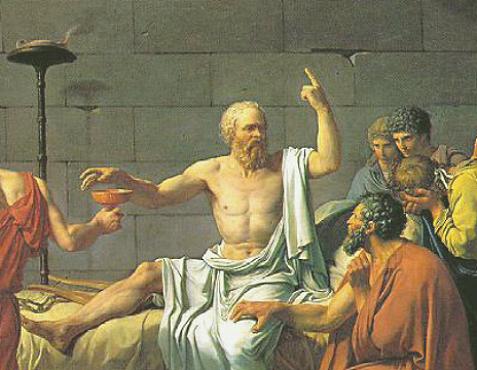 Socrates about to drink Hemlock
Chærephon, put the question to the Oracle at Delphi, Whether any other man was wiser than Socrates? The answer given was that there was none wiser. Not being conscious of the possession of wisdom, Socrates was perplexed, till at last, after testing the supposed knowledge of many distinguished men, he interpreted the reply of the oracle as meaning that whereas other men thought they knew, he was one of the few conscious of their own ignorance.

The reality is We all believe in things which we don’t understand.
Thus those whom refuse to accept a particular tenet of the Bible *Until they understand it* …are kidding themselves as to the rationality of such a refusal. They are imposing an impossible standard, and as such are committing an act of self delusion.
They are not (as they claim) exercising a superior epistemology which trumps Bible believing faith… but via arbitrary whim they simply choose not to believe.
Dont be duped by the modern propaganda that Science has always been in conflict with Revealed religion!
To the contrary I argue thus: By all means continue the quest for knowledge, yet has not the scriptures proven true enough in what can and has already been weighed and measured… so that we ought to consider it trustworthy in those things which are currently beyond our scope of verification?
I believe this to be both a rational approach, and a wise one. It is the very Basis of science…*Faith!*
Faith that The Universe is intelligible because it was created orderly via Divine reason.