Still sick of David Bain? Let’s talk about Giuliano Mignini, the lead prosecutor in the Amanda Knox and Raffaele Sollecito murder trial, instead. 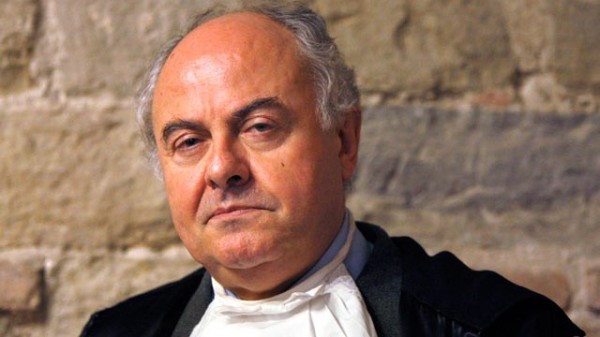 Mignini was quick to take complete control over the investigation. Mignini had a vision of how this crime took place. He believed the crime started out as a sadistic sex game that turned into a brutal murder when Meredith refused to participate. His fantasy of a group sex game gone wrong was based on nothing more than his imagination. This is not the first time Mignini has had these visions. He already had a history of dreaming up satanic ritualistic murder fantasies.

Oh dear. Let’s see what the Daily Express had to say when Knox and Sollecito were freed on appeal.

From the moment he saw Meredith Kercher’s blood-spattered body, he cast himself as the champion of good over the forces of evil.

The deeply religious 61-year-old lawyer first portrayed Knox as a she-devil who presided over the sacrifice of the English student.

When no evidence was found to support a ritual killing, Mignini came up with the theory of a “drug-fuelled sex game gone wrong”.

The prosecutor then floated other motives including Knox’s jealousy, cannabis-induced rage and a violent clash during a row over missing money and personal hygiene.

In the past few days, he portrayed Meredith’s killing as simply a “cold-blooded murder without motive”.

But whatever the reason, Knox’s nemesis is totally convinced of her guilt. And he has called for her 26-year sentence to be increased to life with six months’ isolation.

Mignini, whose job combines murder squad detective with chief prosecutor, relished his role as deliverer of justice in medieval Perugia.

But his tactics and the standard of the investigation have been criticised by independent legal observers.

The lawyer pursued Knox and her lover Raffaele Sollecito with a zeal bordering on obsession.

Hmm. Is there, perhaps, something wrong with Mignini? Well … here’s my theory. Delusional disorder. (Credit where credit’s due. Brooke Miller came up with this one.)

Delusional disorder is characterized by the presence of recurrent, persistent non-bizarre delusions.

Delusions are irrational beliefs, held with a high level of conviction, that are highly resistant to change even when the delusional person is exposed to forms of proof that contradict the belief. Non-bizarre delusions are considered to be plausible; that is, there is a possibility that what the person believes to be true could actually occur a small proportion of the time. Conversely, bizarre delusions focus on matters that would be impossible in reality. For example, a non-bizarre delusion might be the belief that one’s activities are constantly under observation by federal law enforcement or intelligence agencies, which actually does occur for a small number of people. By contrast, a man who believes he is pregnant with German Shepherd puppies holds a belief that could never come to pass in reality.

Unlike most other psychotic disorders, the person with delusional disorder typically does not appear obviously odd, strange or peculiar during periods of active illness. Yet the person might make unusual choices in day-to-day life because of the delusional beliefs.

Most mental health professionals would concur that until the person with delusional disorder discusses the areas of life affected by the delusions, it would be difficult to distinguish the sufferer from members of the general public who are not psychiatrically disturbed. Another distinction of delusional disorder compared with other psychotic disorders is that hallucinations are either absent or occur infrequently.

The person with delusional disorder may or may not come to the attention of mental health providers. Typically, while delusional disorder sufferers may be distressed about the delusional “reality,” they may not have the insight to see that anything is wrong with the way they are thinking or functioning.

…the people suffering the disorder attribute any obstacles or problems in functioning to the delusional reality, separating it from their internal control. Furthermore, whether unable to get a good job or maintain a romantic relationship, the difficulties would be blamed on “government interference”(the delusion) rather than on their own failures or omissions.

It was bad luck, indeed, that Amanda Knox and Raffaele Sollecito had to suffer Giuliano Mignini as the lead prosecutor when they stood trial for the murder of Meredith Kercher.

Here’s another couple of folk who I don’t think get a clean bill of mental health. 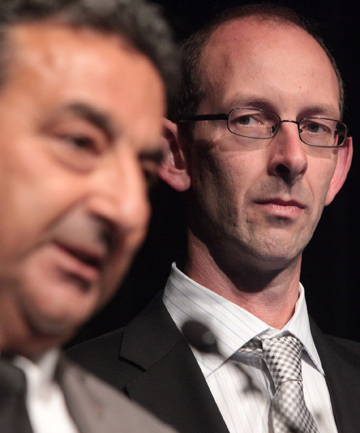 The difficulty of being a friend of Joe – and we all found this, I think, those who were close to Joe – was that you had to accept that the David Bain case, and what he saw as a battle for justice, had taken over Joe’s life. There was a long period in the late 90s and the fi rst few years of this century when there was no conversation to be had with Joe that was not about David Bain. Joe was so committed to his cause, and so dedicated as to seem obsessed. Well, he was obsessed.

Even if he was the killer, his identity today – including all his relationships – must be so heavily invested in his role as wrongfully convicted person that he will genuinely believe it. Denial, a powerful psychological defence mechanism, is only human.

Now, back to LessWrong.com and the ways of Bayes.

LessWrong.com has an article with the title Bayes for Schizophrenics: Reasoning in Delusional Disorders. That’s right, folks! We can use Bayes theorem, not only to show that on the balance of probabilities David Bain almost certainly murdered his entire family, but also to gain an insight into why both Bain and Karam think he didn’t.

Let’s talk about Amanda Knox instead. 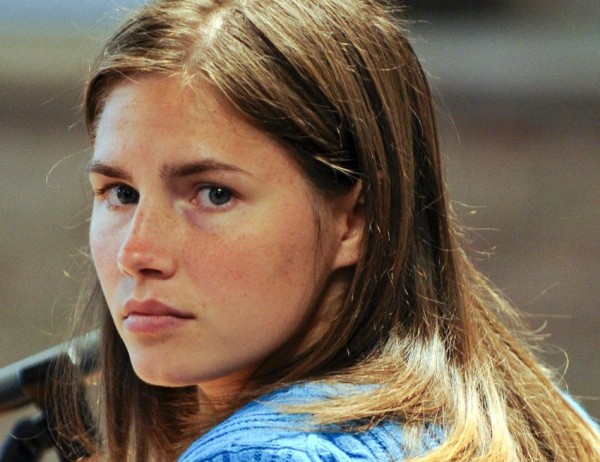 Amanda Knox is an American woman who was jointly convicted, with her boyfriend at the time Raffaele Sollecito, of the sexual assault and murder of Meredith Kercher in Perugia, Italy, on 1 November 2007.

Meredith Kercher, a 21 year old British university exchange student from Coulsdon, South London, was found dead on the floor of her bedroom with stab wounds to the throat. Some of her belongings were missing, including cash, two credit cards, two mobile phones, and her house keys.

Rudy Guede, an Ivory Coast native raised in Perugia, was convicted in October 2008 of having sexually assaulted and murdered Kercher, and was sentenced to 30 years, reduced on appeal to 16 years in December 2009.

Also tried were Knox, an American exchange student and flatmate of Kercher, and Knox’s then-boyfriend, Sollecito, an Italian student. Knox and Sollecito were convicted on charges of sexual assault and murder in December 2009, and sentenced to 26 and 25 years respectively.

Their convictions were overturned on appeal on 3 October 2011 by a panel of six jurors and two judges. In an official statement of their grounds for overturning the convictions the judges wrote there was a “material non-existence” of evidence to support the guilty verdicts at the trial. The appeal judges further stated that the prosecution’s theory of an association between Sollecito, Knox and Guede was “not corroborated by any evidence” and “far from probable”.

Two intelligent young people with previously bright futures, named Amanda and Raffaele, are now seven days into spending the next quarter-century of their lives behind bars for a crime they almost certainly did not commit.

on LessWrong.com, a community blog devoted to refining the art of human rationality.
The Amanda Knox Test: How an Hour on the Internet Beats a Year in the Courtroom.

The author wielded something called “the Sword of Bayes” and, to the following propositions

Needless to say, this differs markedly from the consensus of the jury in Perugia, Italy.

How could this be?

Am I really suggesting that the estimates of eight jurors — among whom two professional judges — who heard the case for a year, along with something like 60% of the Italian public and probably half the Internet (and a significantly larger fraction of the non-American Internet), could be off by such a large amount?

Of course, the author really was suggesting exactly that. (It’s tempting to say—but, for obvious reasons, I won’t—that the LessWrong.com author was vindicated by the verdict of the appeal court in October 2011, that overturned Knox’s and Sollecito’s convictions.)

I won’t go into the nitty gritty details of the case. If you’re interested in further reading, Injustice in Perugia is a website set up by a Knox and Sollecito supporter, documenting the case.

This post’s take-home messages are two: read LessWrong.com, and learn the Bayesian Way. 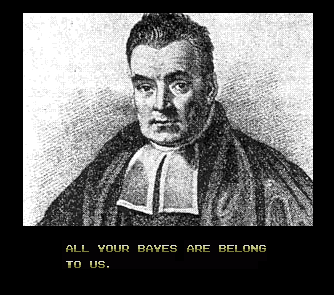