We needed to be 100 times more popular with voters. But then what? What if we gained 5% of the vote and ended up with 6 libertarian MPs in Parliament? What would we actually do once we got in there?

To be honest, I didn’t give the question a great deal of thought at the time. But Peter Cresswell did. He advocated a principled rule of thumb which I’m going to call Tracinski’s ratchet.

In judging a measure, one cannot hold it responsible for all aspects of a mixed economy – only for those aspects it changes. These changes can be evaluated by a straightforward application of the principle of individual rights: Does the reform remove some aspect of government control or does it add more control? … It is not a compromise to advocate reduced government control in one sphere even if controls in other spheres are left standing. It is a compromise, on the other hand, if one seeks to purchase increased freedom in one area at the price of increased control in another.

PC called this rule of thumb a ratchet for freedom. Or, more freedom with no new coercion. Or (as I remember it, anyway), new white, no new black.

It looks almost like a corollary of the Libz slogan More Freedom Less Government, doesn’t it?

Here’s what PC says in his post Transitions to freedom: Shall we kill them in their beds?

Start with what you find, and design the means to work step by step towards your goal, without ever purchasing increased freedom at the expensed of increased coercion. This is what is meant by the phrase ‘ratchet for freedom.’

A principled opposition — call them ‘Party X’ — would promote such policies. … The principle with each policy must be clear: More freedom with no new coercion.

PC then gives a couple of examples of policies that pass the test (including my own Transitional Drug Policy) but also some that fail. Here are a couple of the proposals that fail.

Flat Tax: Here’s another example of this same error. A “low flat tax” would reduce taxes for some, true, but this reduction would be purchased at the expense of increased sacrifice by those whose present tax rates are below the chosen flat rate. Far preferable is the Libertarianz transitional proposal (and Green policy) to offer a threshold below which no tax at all is paid, along with the slow and gradual increase in the level of this threshold.

School Vouchers: The idea of school vouchers is popular (not least with the purveyors of twilight golf and the owners of Wananga o Aoteaora). Vouchers do purchase wider choice, it’s true, but only at the expense of either bringing private schools even more under the Ministry’s boot (as a once relatively free early childhood sector now understands), or of throwing the taxpayer’s money away on bullshit. Best just to give the schools back and be done with it.

Two policies very popular with the libertarianish ACT Party. You can now see why Lindsay Perigo dubbed them the Association of Compulsion Touters. Not pure enough! Pragmatism over principles and how soon until we arrive at the bottom of the slippery slope? 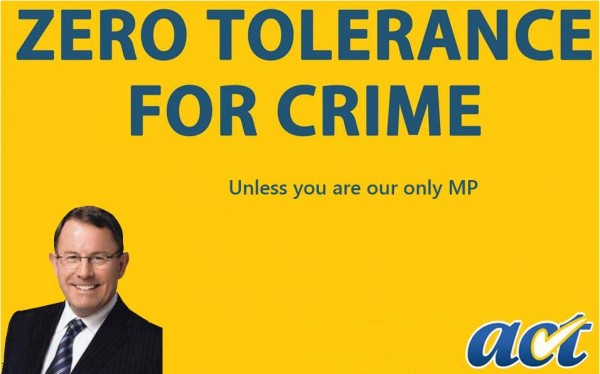 Here’s a thought experiment to illustrate the general nature of the problem.

Suppose we were lucky enough that we already lived in a prosperous country with a low, flat tax rate. (The opposite of the actual case, but just suppose.) And suppose that the Libz got elected to Parliament and found themselves in opposition to a fiscally irresponsible socialist “tax and spend” government. Suppose that the government tables legislation—let’s indulge in some newspeak and call it the Fair Tax Act—that would replace the low, flat tax rate with an oppressive, progressive tax regime but with the sweetener of a tax-free income threshold of, say, $25,000. How would the Libz vote?

The new tax system means some new freedom. Low income earners will find themselves paying less tax. More of their own money staying in their own pockets. But the new tax system also means lots of new coercion. Middle to top income earners will find themselves paying a lot more tax. So, some new freedom but also some new coercion. The measure fails to pass the Tracinski’s ratchet test. Libz vote against it.

But the government passes the measure anyway. And, over the next Parliamentary term, the economy suffers. (Predictably enough.) All the economic indicators are bad. So bad that the main opposition party campaigns on the platform of repealing the Fair Tax Act. And wins the election! The Libz also sneak back in, too.

Now suppose that the new government tables legislation—let’s call it the Fair Tax Repeal Act—that would simply revert to the previous low, flat tax regime. Gone is the oppressive, progressive tax regime but so, too, is the tax-free income threshold. How would the Libz vote?

The Psychoactive Substances Act is really, really bad legislation. Bad through and through. Pure evil, in fact. It meant plenty of new coercion (thousands of previously legal recreational drugs banned) and no new freedom. Some manufacturers and retailers were allowed to continue to sell products they were already legally selling, but only if they applied for and were granted interim product licences at $10k a pop. No new freedom, just more new coercion. And now the Act has been amended. All interim product licences have been revoked. Yet more new coercion.

So Tracinski’s ratchet would, at least, allow Libz MPs to vote to repeal the Psychoactive Substances Act. But only because it is thoroughly bad.

The Misuse of Drugs Act is thoroughly bad legislation, too.

Repeal the PSA! Repeal the MODA! End the War on Drugs™!

Oh, wait. That’s right. I almost forgot that over the past year I’ve changed tack and sailed off course and become an apologist for Socialist Statism. We can’t just repeal our draconian drug laws, damn it. Because that would be way too much freedom all at once. People might overdose and put pressure on the public health system and we can’t have that. Got to keep costs down and taxes up.

It is my personal view that we should legalise all drugs. But in an orderly, paternalistic, supervised fashion. Starting with cannabis. Let’s see how cannabis legalisation goes, and take it from there. If it were up to me, I’d rank all drugs in order of safety, and legalise them in that order, over an extended period of time. That’s my policy. Obviously, most of the recently banned synthetic cannabinoids would be some way down the list …