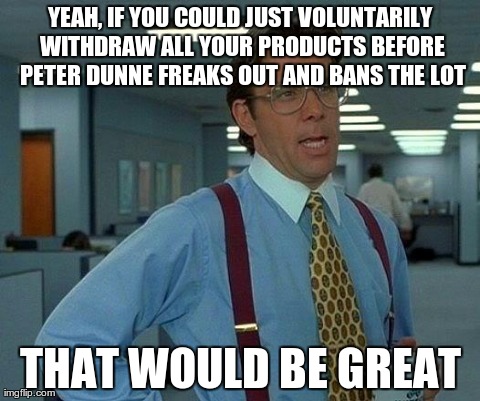 I sense an impending ban on the so-called “legal highs”. Get stockpiling, synthapeeps!
‘Cuz if you don’t stock up now, you’ll be kicking your wicked habits sooner rather than later!

The witch burning anti-synthetics brigade has gone into overdrive!
Someone pressed the moral panic button! 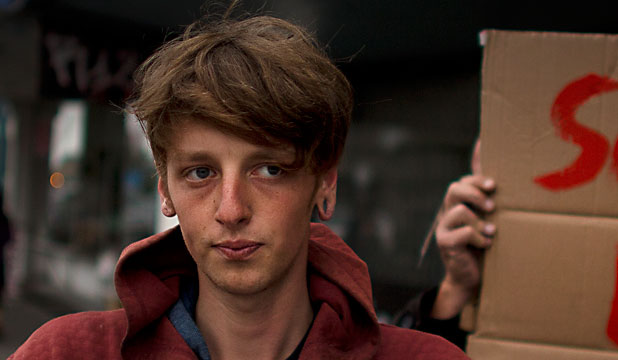 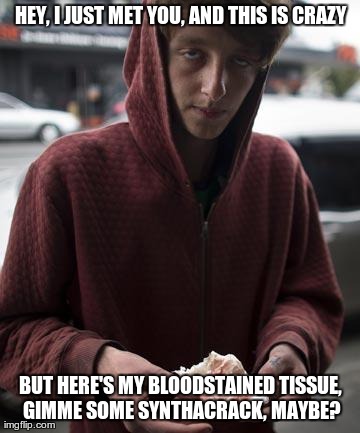 Each morning, 17-year-old Jesse Murray wakes on his cardboard mattress in Christchurch’s hidden haunts and walks the streets, spitting into a white, bloodstained tissue before arriving at his destination.

His days are dictated by the opening and closing hours of the nearest legal high shop.

If he has the money, he will hand over anything between $25 and $80 a day – money he has begged for.

Despite it being illegal for him to purchase the drug because of his age, sometimes, out of sympathy, the storekeepers give it to him for free.

Watch this interview by Campbell Live reporter Jendy Harper and tell me that young Jesse Murray doesn’t have a great acting career ahead of him … if he can stay off the synthacrack!

But srsly. The unfortunate fact is that Jesse’s experience isn’t uncommon. (“Each time he tried to quit he began to vomit blood and convulse.”) Here’s a story left in the comments section on the 3 News website. It’s typical of many that I’ve read or heard.

Coming off synthetic cannabis is by far harder than coming off others drugs such as weed or P. Well in my experience any way. I had smoked weed for years. Done P too ! Quite often all together. Then once all that got to hard to find I started smoking synthetic. Worst mistake I every made. I got hooked fast. I was rolling joints to smoke at work. Walking down to Cosmic corner in my lunch break. I couldn’t stop. If I did I would get hot flushes, rage would fill me and I’d explode. One day I realised I couldn’t continue and locked myself in my bathroom for a week while coming off the stuff. It was literally the worst week of my life. I’ve never suffered such horrible symptoms before. I fear for those who still smoke the stuff.

This is a PR disaster for both the legal highs industry and those promoting the Psychoactive Substances Act as the pathway to sensible drug law reform. It was an error of judgement on the part of us drug law reformers not to speak out against the legal highs industry taking up the government’s offer to allow the ongoing sale of existing products for the duration of an extended interim period. We should have recognised that leaving 15 novel, untested synthetic cannabinoids on the market was an unacceptable risk.

The industry now looks to be shut down, if not by this government before the election, then by the next coalition government after the election. Winston Peters looks set to be “kingmaker” once again, and his NZ First Party has already jumped on the banwagon.

There is one remaining opportunity for the legal highs industry to reclaim the moral high ground and that opportunity is now. Voluntarily recall all your products! Before Peter Dunne cracks under the cognitive dissonance and bans all the substances. 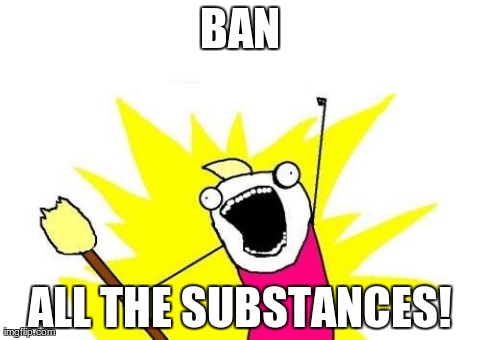 7 thoughts on “Last call for synthacrack!”