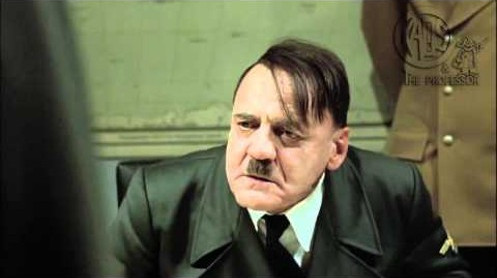 ‘If We Had Only Known How Much He Was Hurting Inside,’ FDR Says

Berlin – Absent from the public eye for months, Adolf Hitler is reportedly dead by his own hand in an air-raid shelter in Berlin, where he had sequestered himself during his final days.

Dr. Theodore Beaumont, director of the Virginia Psychiatry Center, said he believes Hitler’s marching on Poland, Denmark, Norway, Holland, Belgium, and France, and his systematic killings of millions of people in Germany, was “a desperate cry for help.”

According to Beaumont, “This is classic attention seeking behavior.” Beaumont said Hitler made his plea for approval the only way he knew how: by lashing out.

Other experts agree. “The British and American forces just reciprocated negatively by advancing from the west,” said Dr. Johan Freberg of the Paris Center for Mental Illness. “And Russian soldiers reinforced Hitler’s self-fulfilling prophesy of ‘othering’ by attacking from the east, instead of lending a sympathetic ear, which may of been all Hitler needed.”

Upon learning of the self-esteem issues that led Hitler to militaristic “acting out,” Allied leaders are seeing the once-hated despot in a new light.

“I heard his angry speeches but failed to search for the hurt little boy beneath those words,” lamented British Prime Minister Winston Churchill. “I feel guilty – there’s so much more we could have done for him.”

Said President Roosevelt, “Inside that maniacal mass murderer – beneath the veneer of evil and sadism – there was a scared little child searching for love.”

Psychologists say the global carnage of the Second World War could have been averted if only U.S. forces had met Hitler’s emotional needs, giving him the love and approval he so desperately sought.

One thought on “[The Onion] Hitler Commits Suicide; Ravaging of Europe ‘A Desperate Cry for Help,’ Say Therapists”