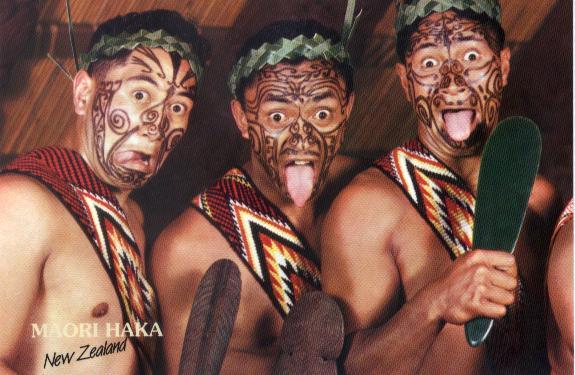 What a joke The ‘Renaissance in Maori culture and treaty settlement process is! All the Billions of dollars and assets of the so-called ‘Maori economy’ are enjoyed by the Aristocracy while the average Maori tribesman are just the miserable chumps wallowing in racism , dependence, and poverty!

According to the NZ Herald despite all the Political favoritism and Nannyism, The Income Gap between Maori and Pakeha continues to widen.
Yet what would you expect?
Learning TeReo Maori, and doing The Haka don’t have any economic value Homie!

The whole ‘Treaty partnership’ is a massive joke at the expense of all New Zealanders esp the foolish Maori whom are being deceived by the Political Class shyster Maori Lawyers and Elite into supporting the Separatist movement.

When will you understand that the only people oppressing you are your own leaders who fill your heads with race hatred and ensnare you in a victim mentality?

The average Maori would be much better off keeping their cultural interests as private pleasure, forsaking all the Race hatred and ‘blame’ that the separatists cultivate, and instead encourage their children to stand on their own two feet as individuals and take responciblity for their own well being… stressing the importance of the study English, Math, Engineering, etc.
Then watch a liberated Modern Maori make their escape from the Racist lies and delusions and compete as equals in the world.
This is how Moari must seek to improve their Economic lot (and escape the ethical poverty which sees them filling Jails, hospitals, and morgues).
By Hard work and self reliance. Socialism is a scam! A Trap. A complete failure!

Important note: I am not saying Maori people ought to completely forsake their culture. I am saying the Bogus Political Agenda, racial separatism, and its fabrication of a false Renaissance has led Maori down a very dark and deluded path.
And that they must stop following their Evil racist leaders who pretend to have the ordinary Maori’s best interests at heart when in reality they only give a damn about themselves.