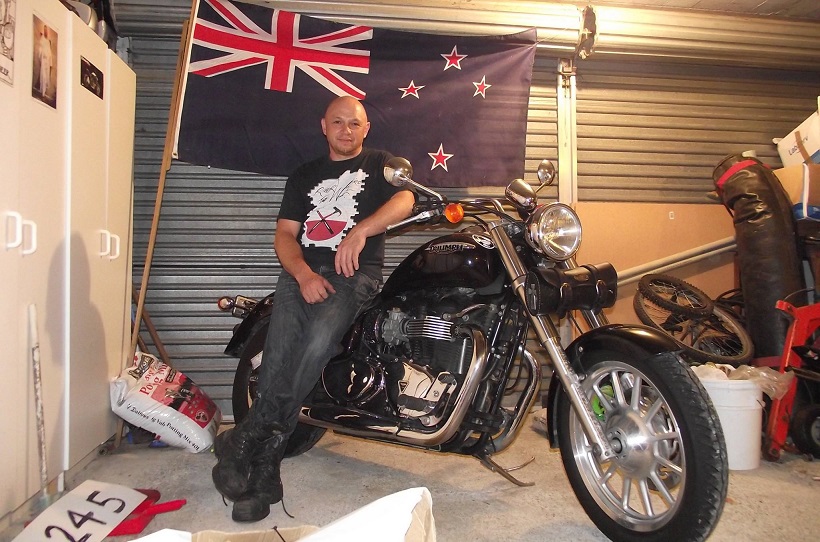 My name is Tim Wikiriwhi

The Following is my submission in opposition to the Entrenchment of the Maori Seats in parliament and the perpetuation of the Apartheid Electoral system.

By Apartheid I am of course referring in particular to the current Race based electoral system, the Maori seats in Parliament, and more generally to the Body of Legislation and Government institutions that segregate the people of New Zealand in two… on the basis of Race granting great Political advantages to one favored race, and relegation everyone else to a lower second tier with less rights.

The following are my reasons…

The proposal to entrench the Maori seats is nothing short of an attempt to prevent Reform… and to maintain political advantages… that have seen The Political class of Maori enjoying easy access to the Nations coffers… and positions of Privilege and power… all the while pretending to be the voice of ‘an oppressed people.
This is a gigantic scam.
Maori Have enjoyed massive Positive discrimination for Decades… and yet the Racist radicals leading their racist political parties never cease to cry out that Maori are somehow Racially discriminated against… by a corrupt *European government and population*!
How long will these charlatans be allowed to treat their fellow countrymen like fools?

Decades have past of both National and Labour Party led Governments pandering to the Racist Radicals occupying the Maori Seats… Billions of Dollars have flowed in one direction… Untold numbers of Race Based institutions have been built… and Treaty Settlements given over… yet we see no end in site of the grievances… no abatement… no peace. What we see is ongoing and increasing Greed… and a lust to continue with this Bribery and extortion.
This is the shameful desire of those whom have proposed the entrenchment of the Status quo.

This Apartheid system is patently unjust… Patently a travesty of the principles of Justice… esp the principle of Racial equality before the Law!
and yet Socialist academics and Politicians try and pretend all this legalised racism is *More just* than the time honored Paramount Principles of justice!

What is all the grievance but claims of having been discriminated against and having been treated un-equally?
Ie *Even the grievances* are an emotive appeal to the principle of equality ( yet in fact its political advantages they desire.)

The Socialist academics and Radicals say… “oh… all this political favoritism we have established is just a temporary measure… to help rectify ‘past injustices’… and to give Maori a boost up out of the gutter… and then… at some future date… when Maori are flourishing… then… we will abolish this apartheid system.”

*Yet this is another despicable ruse*… Proven by the very fact that they want to entrench the Maori Seats so as to make it even harder to abolish these Racist thrones and end the Treaty Gravy train.
These Socialists want to perpetuate the Apartheid system indefinitely whereby it matters not how many generations the majority of New Zealanders have been born here… you will *never* be a real *citizen*… never a true New Zealander… this will never be politically considered *your home*… These Birthrights will only and forever be the preserve of the Privileged race… The so-called Tangata Whenua (though they are in truth late arrival Migrants too).
This is what the entrenchment of the Maori Seats seeks to maintain indefinitely.

What else has Decades of Favouritism… Billions of Dollars achieved for Maori… has this social engineering been a Pragmatic Social success?
No! After All this Socialism… all this Welfareism… all the Treaty settlements the Maori people still wallow at the bottom of virtually all social statistics!
Poverty, Serious Crime, and Ill health… shorter life expectancy… Maori Rank the worst of all!
Why is this?

Is it because of ‘Racism’ and ‘oppression’ as all the Maori radicals and activists… and academics in our Education system claim?
Absolutely not!

In fact it is making things far worse for the average Maori Family… because it fails to place the real responsibility for their plight where it belongs… Not on their Pakeha Neigbours… The real responsibility for Maori Crime, and poverty, and ill health belongs with *Maori themselves* … and by making it easy for them to get onto welfare… by making excuses for their horrific crimes… and lack of personal care for their own health and prosperity… the entire Socialist system has been perpetuating a gigantic lie… and has been ‘enabling their ongoing denial of who is *really responsible* for their own plight!

Maori Politicians get elected to the Race based seats by pedaling Nasty lies about the Pakeha into the ears of their Maori constituents… saying its all the Greedy Pakehas fault!
They have fostered a Terrible prejudice against the Pakeha within the hearts of the Maori people and this corrodes the soul like canker.

Maori like myself who instead try and tell Maori that the Pakeha are not to blame, but that it is the Maori peoples own shameful lack of personal ethics and responsibility that are to blame… We truth tellers are hated for our honesty by our own people… our families… The Maori Radicals who get elected to the Race based seats in Parliament *Dont represent progressive thinking Maori like myself*… and by seeking to perpetuate the culture of blame… the culture of welfare dependence… and the culture of entitlement above their fellow countrymen The People who sit in these race base seats do not represent what is in the best interests of the Maori People… or the whole country…. all the people of New Zealand as a nation.

The reasons these seats were originally created have long since disappeared… and they ought to have been abolished over a century ago… yet of course once positions of power have been created… there also exists a powerful vested interest *to maintain* the status quo and resist reform.
This is why they have not yet been abolished and New Zealand continues to suffer the shameful consequences because of a lack of spine and principle.

Yet New Zealanders are growing tired of this massive scam… despite all the State propaganda and the Vested interests now fear there is enough people in New Zealand to demand these seats be abolished… by a simple majority … This is what the vested interest of Racist radicals fear… the loss of their political advantages that allows them to perpetually extort wealth from the people of New Zealand.
They want to thwart this Democratic reform.

These are the Reasons why I oppose the entrenchment of the Maori seats in parliament.
I want the People of New Zealand wake up to all this evil and to be able to Reform their democratic system and abolish all this Apartheid shame and to steer an new and better course away from Socialist racism, welfarism and blame… towards self responsibility, and self-reliance, under the justice of Equality before the Law… one Law for all… and for all the people of New Zealand to be able to claim their Birthright as Full Citizens… for this country to truly belong to them just as much as the Maori people.

Under freedom and equality Maori will still be Maori… They will still be free to revel in their culture… and New Zealanders of all races will still be able to Celebrate Maori culture as most of them do.
The claim that there is a race relations crisis has been a complete fabrication… to the degree that we suffer real race relations problems in this country we may thank the toxic prejudices of the Maori radicals themselves… a minority of Haters and Bigots that New Zealand has had the misfortune of suffering… and the sooner they are thrown out of parliament the better for everyone… including… especially the Maori People!

In truth when the Apartheid system is abolished *Maori will not lose any legitimate rights*.
When they stop blaming the Pakeha for all their misfortunes… and stop heeding the hateful racism of the radicals who seek to poison their hearts against their neighbours… and instead start to adopt all the essential personal ethics that *all civilised individuals must respect… these ethics will Keep their sons out of trouble with the law.
Maori must forsake welfare dependence and embrace the value and virtues of hard work and savings… and realize that the only people who can keep them from being Obese or wasting the money at the pub… Beating their wives… etc… *is themselves*.

Then we shall start to see a change in their social statistics that have been so horrific under decades of Failed socialism and welfarism, and Blame.

It is not the Governments Job to raise them out of the gutter… that is impossible… because it can only happen via *a moral revolution* within the hearts and minds of the Maori people themselves.
And the best thing we can do for them is get rid of the Evil race based seats that empower the racist radicals who fill the Maori peoples minds with poison, and hate, and dependence.

I would also like the opportunity to deliver a speech in person to Comittee if that is at all possible.

I am proud of my own Maori heritage, yet I want My children to firstly think of themselves as *New Zealanders*… equal with their Fellow Kiwi of all races.
I want them to be judged… not by the colour of their skins… but the content of their character… and for that to be how they judge others too.

Thank you for reading my submission.
I believe these issues to be of the Highest order of importance for the future success and well-being of our beautiful country.

For reference and extra public commentary, an edited version of my blogpost appeared as a Guest post on the Whale Oil Blog here : I oppose the Electoral (Entrenchment of Māori Seats) Amendment Bill