This is #4 in a series of posts on heavy metal and hard rock musicians who weren’t Christians when they started out on their careers but who made the choice to give their lives over to Jesus later down the tracks. (My co-blogger Tim’s already posted about Brian Welch of Korn, the legendary shock rocker Alice Cooper and Dave Mustaine of Megadeth and Metallica fame.) 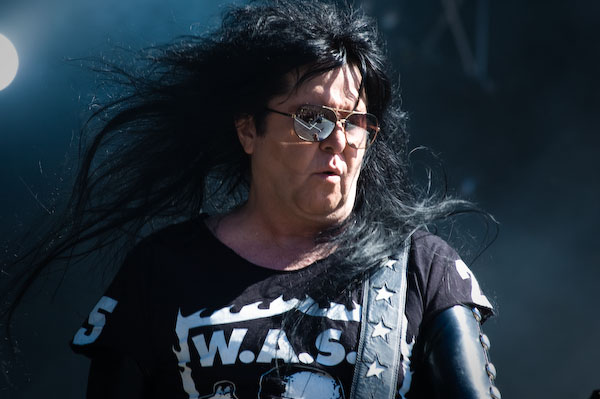 In an interview with Ultimate Classic Rock, Lawless talks about his Christian faith and about religion and the heavy metal and hard rock genre.

You’re talking about a genre that, in general, is obsessed with the idea of God and/or the devil. Jazz, pop, there is no other genre that is absolutely obsessed with it as this genre is.

When we say ‘religion,’ we kind of use that as a general term, and when people have the resistance that they have to it, they have every reason to feel that way. That’s part of what drove me away — the indoctrination of men that I received; it’s man’s indoctrination. Now, from my perspective, my faith is based on Jesus Christ and the Bible — nothing more, nothing less.

I don’t want to hear anybody telling me their ideas or their interpretations or interjections of what they’ve put into the Bible, like telling me I can’t eat meat on Friday, or I got to go and worship somebody’s old dead bones somewhere. That’s not in my Bible. There’s a lot of it. Every organized religion has it, every organized faith has it. That’s not where I’m coming from.

When I left the church and then I studied the occult, I walked around for 20 years and thought I was mad at God. I realized after 20 years I was not mad at God, I was mad at man for that indoctrination I received. For me I had to settle this issue once and for all, because I am not going to walk around with this anxiety of what’s going to happen to me and where I’m going. I got to know the truth. I got the Bible and I started reading and I thought I was going to disprove this thing once and for all.

Everyone says the Bible is written by men, but the Bible says it was men who were directly inspired by God. But I didn’t believe it for a minute. So I start reading and I start discovering and you have 66 books written by 40 different authors spread over three different continents, in three different languages, over a 2,000-year period. Most of the authors did not know each other, had no knowledge of each other, but yet I see consistently that they’re not just answering each other’s questions, they’re finishing each other’s sentences. It was mind-boggling, the deeper I got into it, and one day it hit me like a shot. I’m reading the living word of a living God. After that, I was just scratching the surface. Then, when you get even deeper into it, it’s beyond comprehension.

I cannot say it strongly enough. It is beyond impossible that it could’ve been written by men. I’m a writer, and even the writers that I know that I admire, I look at how we write, I know what our limitations are, and, like I said, it’s so far beyond our comprehension.

(Apart from the bit where he’s a rock star) I have much in common with Blackie Lawless. 🙂

I share his view that all too often “when people have the resistance that they have to [religion], they have every reason to feel that way.” Lawless says that he was driven away from Jesus by “the indoctrination of men” that he received in his youth. I can tell a similar story about the off-putting beliefs and behaviour of proselytisers in my own past. As can others I know. A friend on Facebook says

I stopped going to church in my late teens after being exposed to too much conservative fundamentalist theology. If this was Christianity, I didn’t want to know about it.

It took me 20 years to find my way back.

[T]he sad reality [is] that sometimes people who claim to speak for God make a very bad impression on people and it can turn them right off.

This has happened to many people. Myself included.

I found my way back. But many don’t.

[T]he same attitudes and behaviours that drove me away are still driving other people away. And this is no good for them. And no good for the Church, which is the Body of the Christ in the world.

More about me and Blackie another day maybe. 🙂

5 thoughts on “I came not to bring peace, but a sword”