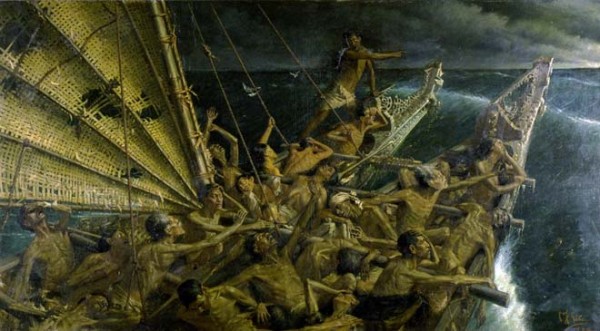 The coming of the Maori to Aotearoa.

I have just posted a reply to a private facebook Status, which I cannot share here.
The Status was by a Maori who had just descovered that the word ‘Maori’ was ‘invented’ by the Pakeha, and this descovery has made them want to divest themselves of that ‘fully colonised’ title and instead to redefine themselves as “TANGATA WHENUA”. (People of the Land)

It seems to have escaped them that the Pre-colonial Maori people did not call themselves “TANGATA WHENUA” either.
That term was used to describe the people who were already here when Maori arrived in their Waka. Back in the Day Maori took great pride in the fact that they were decendants of great navigators whom had migrated here, yet today that part of Maori traditional pride has been conveniently forgotten because the political scheem to claim ‘indigenous rights’.

The Status finnishes with an expression of love to Maori ‘Peeps’ and an appeal to them to ‘De-colonise yourselves’.

This Status is a sad yet powerful testimony to toxic anti-colonization indoctrination which is systematically generating an apartheid hatred and Race relations disaster in New Zealand and setting up Maori Children to perpetuate the poverty and terrible statistics which are the lot of many today.
The ‘closing the Gaps’ socialist policies, and political favoritism has not led to Maori betterment, but to entrenched dependence and a hateful racist and victim mindset … not self reliant empowerment … not High personal ethics.

I know this a very sensitive subject.
May I say a few words from my own perspective.
It is true that Missionaries from England introduced, not only many new helpful skills , but also many new words. They ‘invented’ the written Maori language and thereby saved much Maori culture from being lost by the passage of time.
The tribes of Pre Treaty times were very keen to have a missionary living in their communities. They were quick to appreciate the great store of wisdom they brought, and to assimilate many of their ways… like wearing English clothing, Their Buildings (The design of the Meeting house we all love is a post-European design, they did not exist prior to the Missionaries).
What this proves is that our ancestors were very smart and progressive, and wisely learned and assimilated things of value from the Europeans… not just cows, apples, nails… but Ideas, values, etc…and this was good for Maori.
We must understand that a Good Culture is always progressing, not stagnating, not trapped by backward superstition, not adverse to new enlightened ideas or better ways of doing things.
Thus it is a credit to our ansestors that they were quick to abandon many of their primitive traditional ways and embrace the advantages That British civilisation offered.
It is so sad that Many Maori are being taught today to have a dreamy idea that to be a ‘real Maori today we must picture ourselves as being like our stone age ancestors, and seek to ‘De-colonise’ ourselves. 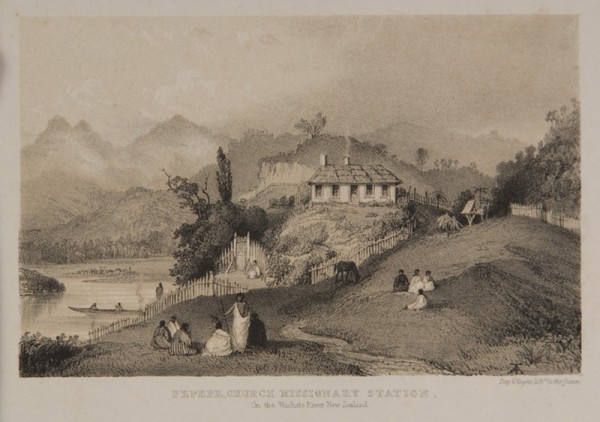 Sad because the truth is We modern Maori have gained so much from colonization, yet we are taught by the political activists to think colonization was all bad… all an evil plot. This is how the Maori people are being deceived into supporting the Separatist movement, and are being steered away from the most vital and important realities they need to understand to prosper via their own efforts rather than seeking Political interventions, hand outs, and favoritism.
Modern Maori Boys need to see themselves as Doctors, Engineers, scientists, Electricians… not warriors.
We Maori ought to first think of ourselves as Honest hard working individuals… not as members of a race.
That is secondary.
The first is something we have control and self responsibility for.
The second is merely a fortunate birthright.
And it is essential that we ought to treat everyone else with equal respect… irrespective of their race, and teach our children this respect as well because without this important humanitarian value they are in danger of becoming hateful racists.
It was belief in the Equality of all human beings which brought the Missionaries to New Zealand to share the Gospel of Christ with the Maori people whom were lost in darkness and superstition.
Thus I am saying it is a good thing to teach our children to take pride in their Maori heritage, yet not good to teach them that this is of the highest importance.
There is a whole layer of personal/ universal values which they must take even greater personal pride in because they will shape and define who they are *as individuals* and how they will treat others. 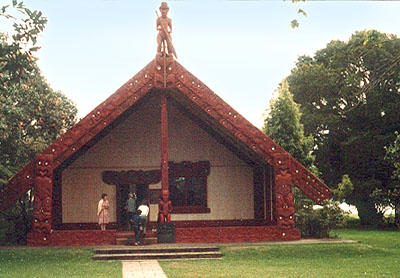 They need to learn skills like engineering, science, etc which will help them to provide for themselves and their families … and take pride in being Modern independent self reliant and humanitarian Maori, whom compete and hold their own in society on equal terms with other Kiwi… not blaming others for their own lack of achievement… happy to struggle and save, and slowly become more prosperous through good values, thrift, and honest hard work… and always being loving towards others in our society.
This is my vision of how a want my children to grow up.
I want them to be enlightened, honest and caring… not racist… not trapped in a mythical past. I hope they take what is good from Maori tradition, yet forsake all the negative and twisted Political propaganda which attempts to say Colonization was only evil and generates serious race hatred.
In my view to be a Real Maori it does not require any special rights, or Laws.

I know what I have written here will be very difficult for some Maori to swallow.
It is so contrary to the view of history they have been taught , and to the twisted politically motivated idea that We are supposed to put our Sanitized/ idealized ‘primitive Maori heritage’ first… to be on the Maori electoral roll… to support treaty separatism… if we want to claim to be ‘Real Maori’.

Thus I offer a complete alternative in which I dream of A New Zealand with one law for all, and that Maori can enjoy and revel in their heritage without demanding political favoritism or special rights… or Millions of dollars stolen from Everyone via taxation.
My vision is one of racial harmony.

I know that I am virtually alone at present in my vision.
I know some reading this will hate me for my views.
That make me very sad, because I seek to enlighten the Maori people so that they can save themselves from the political evils of racial separatism and race based laws… save themselves from welfare dependence, poor health, terrible crime statistics, etc…. which cannot be fixed via Political interventions but must be done by Maori themselves taking personal responsibility for their own predicaments and determining to make the ethical changes, and put in the hard yards, and teach their children self reliance… not hatred.
This is the way ahead for Maori.
I sincerely believe this, and spend my life preaching this gospel of self responsibility, of equality before the Law, of the ethics of Humanity first.

75 thoughts on “Looking Forward, not Backwards: Dynamic Culture vs Stagnation. Why British Colonisation was good for Maori.”